Around the World in 80s Days, a comedy musical packed with 80s music smash-hits!

It’s back! One of the greatest adventure stories ever, retold with an electrifying 80s pop soundtrack and a colossal comedy twist…

Meet Phileas Fogg, ‘Phil’, the most fabulous man on the London party scene. He’s got it all…the money, the looks, the girl. Then, suddenly, disaster strikes: Daddy cuts him off from the family fortune. So, in a bid to regain his wealth, he accepts an outlandish bet…to travel around the world in just eighty days!

Powered along by hit after chart hit from the nation’s favourite decade, join Phil as he boards boats, tracks trains, and handles hot air balloons in this thrilling (and hilarious) race against time. Gasp, as he outwits dastardly villains. Thrill, as he confronts the cruel sea. And sigh, when he falls in love.

From the Locomotion to the Loveshack, clap your hands, stamp your feet and sing along to a catalogue of 80s hits from the Human League, Spandau Ballet, The Proclaimers and many, many more. Now! That’s what I call a musical comedy!

Based on Jules Verne’s iconic masterpiece, Around The World in 80s Days is reimagined by writer and director Ian McFarlane, with musical arrangements by Laurie Denman.

Trailer from the 2019 production – Watch here.

A hilarious smash hit 80s comedy musical not to be missed!

Looking for Activities for all the family? Read our feature.

Please note: Currently the seating in the Dress Circle for all performances (excluding 5 Nov) of Around the World in 80s Days is Socially Distanced. Please note this can change at any time. Social Distancing has now been removed in the Stalls. For more information check out our Safety First Page for all the latest updates.

Production images/video are from the previous cast (2019). 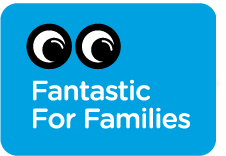 ‘A joyous seaside treat for all the family. A soundtrack the adults to remember and characters the kids will adore.’

‘The singing, acting, choreography, puns, jokes (new and old) create a show that is pure escapism.’