You might be surprised to discover how theatre has changed over the years. It’s one of our oldest art forms, so it’s had plenty of time to evolve over the centuries.

Let’s explore the rich and fascinating history of theatre, from Ancient Greece right through to the present day.

Ever Changing Theatre Over The Years

By Flammingo (my drawing) [GFDL or CC-BY-SA-3.0], via Wikimedia Commons

In the beginning, it was all Greek

If you went back in time to an Ancient Greek theatre, it wouldn’t just be the language that confused you. Ancient Greek performers were always men, even in female roles, and they always wore masks. Alongside the main characters, there was always a Chorus. The Chorus was a group of actors who didn’t take part in the action but instead behaved like a character’s conscience.

They were there to provide advice and complain “I told you so!” when someone did something wrong. All plays were split into tragedies and comedies. Tragedies were always about Ancient Greek myths and legends. Spoiler alert: most of them had a sad ending. Comedies parodied real-life people and political situations. Even back then, plays were an effective way to comment on the political establishment. These comedies were usually very graphic and extremely bawdy, which the Greeks loved. 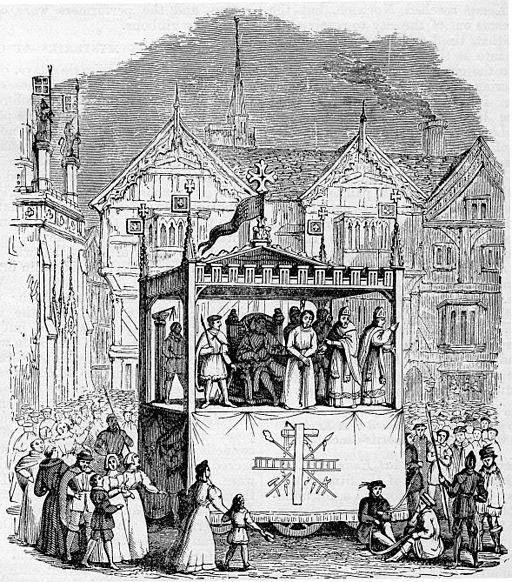 We’re lucky we can still look back on how the theatre has changed over the years. For a while there it looked like theatre might disappear forever! As Christianity became more popular, people began to see theatre as immoral. It was a sinful, pagan pursuit that needed to be stamped out. When theatre did eventually make a comeback, it was in the form of religious morality tales.

Throughout the Middle Ages, it was common to re-enact Bible stories at different times of year, as part of religious festivals. But then came the Protestant Reformation. Early Protestants felt religious plays were wrong and began to ban them throughout Europe. For playwrights, it was a moment of crisis that led to a burst of creativity. Suddenly, they had a chance to think outside the box. 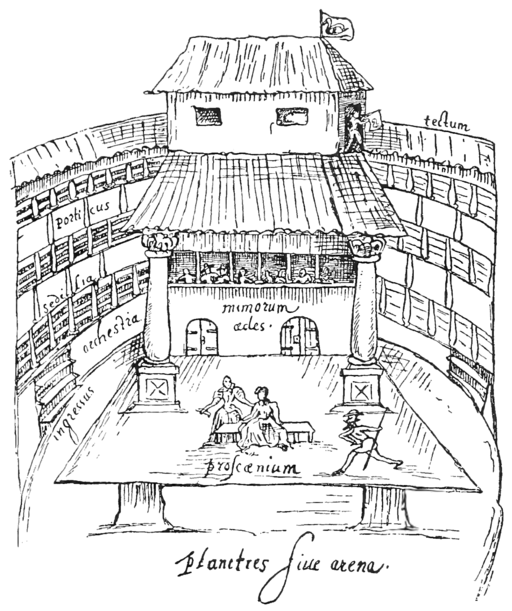 Shakespeare and the rowdy Elizabethans

We can’t talk about how the theatre has changed over the years without mentioning William Shakespeare. It was around this time that he and his contemporaries entered the scene. They had a huge influence on theatre and their masterworks are still staged at The Blackpool Grand Theatre today.

Queen Elizabeth I was a major supporter of theatre, and it was during her reign that the first permanent playhouses began to open.

These open-air structures were similar to the theatres we have now, with semi-circular galleries and a pit below.

The difference is that the cheapest tickets were down on the floor since you were likely to get rained on down there. Playhouses were rowdy places where plenty of drinking and fighting took place, so they were loathed by Puritans and the City of London authorities.

It’s a good thing The Queen was such a big fan, or we might never have even heard of Hamlet.

The Puritans did eventually have their way and theatre was once again banned for 18 years. When it returned in 1600, comedy came into fashion in a big way. As we explore how the theatre has changed over the years we can see that in some ways it didn’t change that much. A thousand years after the first plays were staged, people still loved bawdy, explicit comedies about society. That was the hallmark of what became known as Restoration Comedy.

Later in the Restoration period, theatres began to stage so-called ‘machine plays’. These larger-than-life productions were a mixed bag of action, musical numbers, elaborate costumes and special effects like trapdoor tricks and fireworks. 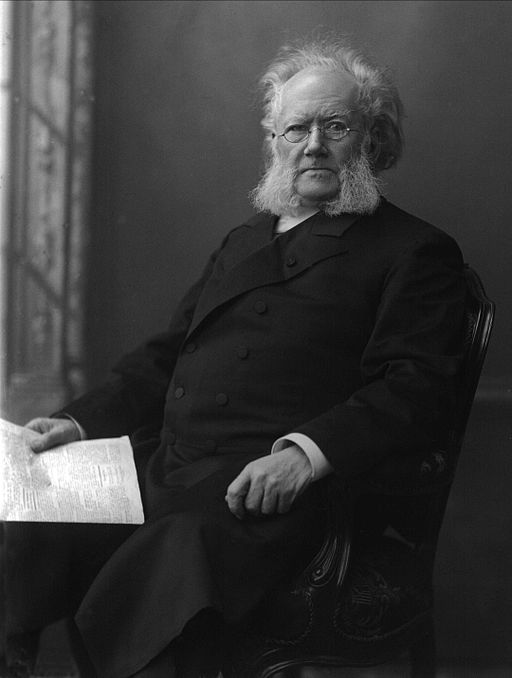 Social realities have always influenced how the theatre has changed over the years. In the past, theatre had been a welcome distraction from the daily grind. By the time we reach the 1800s, playwrights became interested in reflecting real life with all its struggles and quirks. Russian playwrights were especially good at depicting the brutal realities of working-class life on stage.

Writers like Ibsen, meanwhile, started asking big philosophical questions in plays that were mostly symbolic. It was a bit much for some in Britain, who preferred witty social comedies by Oscar Wilde and George Bernard Shaw.

Experimenting into a new millennium

By the 20th century, many playwrights simply wanted to reject everything that had come before. Avant-garde became the new watchword, which was liberating for some and alienating for others. Even for lovers of traditional theatre, though, this experimentation was an important step.

It allowed playwrights to innovate and bring ideas together in new and unexpected ways. Old stories and classic plays could be re-imagined as something completely fresh and therefore more relevant. Nowadays at The Blackpool Grand Theatre, every performance reminds us of how the theatre has changed over the years. Theatre companies are modernising plays that were written in Ancient Greek. They’re reinventing Shakespeare favourites with surprising settings and casting choices. Musicals and comedies are as fun and silly as ever, but the staging is even more spectacular thanks to the wonders of technology.

Young playwrights, actors and directors are getting the chance to throw their diverse voices into the mix. There’s one thing that hasn’t changed, though. The theatre is still a place where everyone can come together, no matter who they are, to laugh and cry and be amazed by each other’s stories.

Learn all about the Blackpool history – Grand Theatre. There’s also some great stories on A Grand Royal Occasion – Our Royal Visits.

Blackpool Heritage Buildings Not To Miss – A great collection of some of the fantastic buildings in Blackpool you should take a closer look at.