The UK voted in a YouGov poll on their favourite all-time British comedians to create a top-10 shortlist of most popular and funny in the UK. We look at your Comic Titans, their names becoming a by-word for joy and belly-laughs.

With a rich history of comedy legends, many of whom have attended the Blackpool Grand, the contest for the number one spot is going to be fierce.

Some of the biggest UK comedians are favourites all around the world. So what about on home soil? Below we reveal the most popular comedians, based on your votes!

The Most Popular Comedians In the UK – Top 10

Who do you think made the cut? And when it comes to the top 10 UK comedians of all time, who is the best of the best?

Irish comedian and television presenter Dara Ó Briain (1972) is best known for performing stand-up comedy shows all over the world and for hosting topical panel shows such as Mock the Week, The Panel, and The Apprentice: You’re Fired!.

He was nominated for the British Academy Television Award for Best Entertainment Performance for his work on Mock the Week (2012).

Ó Briain is a newspaper columnist, with pieces published in national papers in both Britain and Ireland. He has written books for both adults and children. His first children’s book Beyond the Sky was nominated for a Blue Peter Book of the Year Award in 2017.

Mitchell is a frequent participant on British panel shows, being a team captain on Would I Lie to You?, and the former host of The Bubble and Was It Something I Said?, as well as a frequent guest on other panel shows, including, but not limited to QI, The Big Fat Quiz of the Year, Mock the Week, 8 Out of 10 Cats Does Countdown and Have I Got News for You. He was also a co-host of the comedy news programme 10 O’Clock Live. As a writer, Mitchell regularly contributes comment articles to the British newspapers The Observer and The Guardian.

Coming in at number ten is the iconic comedy troupe Monty Python. Many members of the troupe met through performing through their university, with 5 of the 6 members attending Oxford or Cambridge University. Their success saw multiple television programmes, stage shows, books and several blockbuster films. Monty Python created the television show Monty Python’s Flying Circus, first airing in 1969. Known for surreal sketch comedy, Monty Python is comprised of 6 members, all of which wrote and performed the sketches that have spawned much-loved catchphrases and physical routines. As they both wrote and performed their routines, they could push the boundaries of comedy and discarded what had come before, making them trailblazers in the television comedy scene. 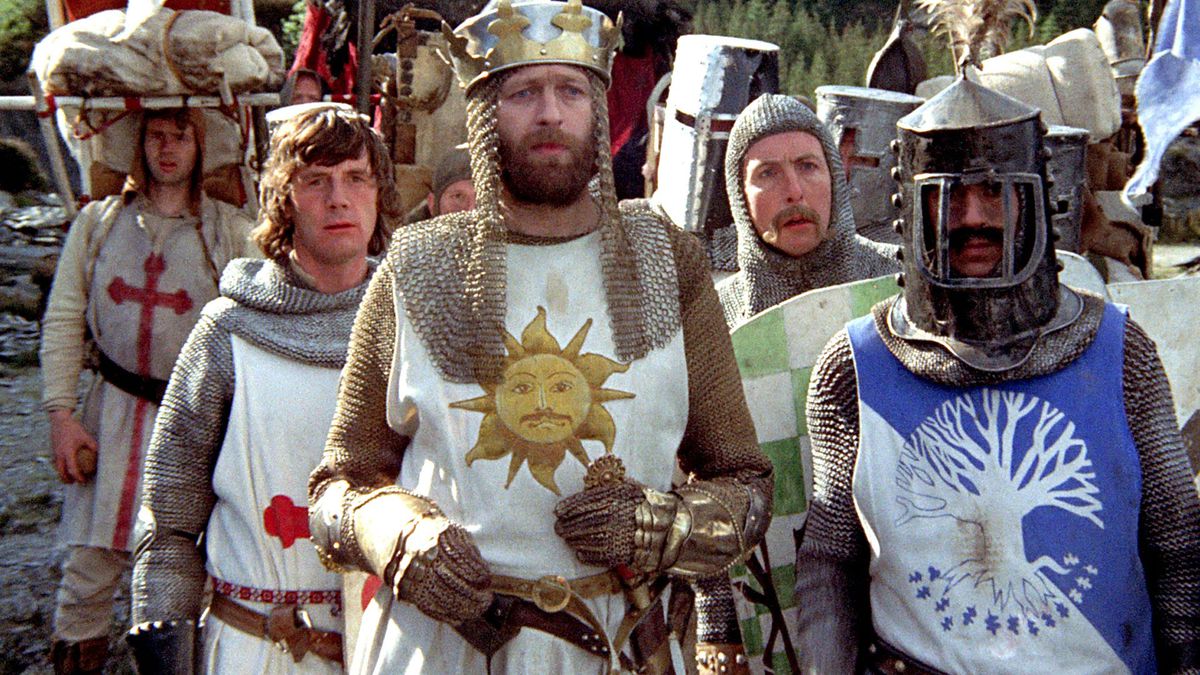 Since 2019, Walsh has most recently starred in Bradley Walsh & Son: Breaking Dad, alongside his son Barney Walsh. In addition to his television career, Walsh often appears in theatre productions, particularly pantomimes.

Sir William Connolly CBE (1942) is one of the top UK comedians and is also an artist, musician, presenter, and actor. He is sometimes known, especially in his homeland, by the Scots nickname The Big Yin (“The Big One”). Known for his idiosyncratic and often improvised observational comedy, frequently including profanity, Connolly is regarded as one of the well known and most popular stand-up comedians of all time, having topped many polls conducted in the UK. In the early 1970s, Connolly made the transition from a Folk singer with a comedic persona to a fully-fledged comedian, for which he is now best known. In 1972, he made his debut, at Cottage Theatre in Cumbernauld. He also played the Edinburgh Festival Fringe. Connolly has also starred in a number of films, and was nominated for a BAFTA for his role in Mrs Brown (1997).  In October 2017, he was knighted at Buckingham Palace by Prince William, for services to entertainment and charity. Connolly announced his retirement from comedy in 2018, and in recent years he has established himself as an artist.

Maybe fourth, but No.1 for female comics. Dawn French (1957) actress, writer, comedian and presenter. French is best known for starring in and writing for the BBC comedy French and Saunders with her best friend and comedy partner, Jennifer Saunders, and for playing the lead role as Geraldine Granger in the BBC hit The Vicar of Dibley. French has also written a best-selling epistolary autobiography, which she has titled Dear Fatty. The book consists of letters to the different people who have been in her life. In 2017, Me. You. A Diary, French’s second non-fiction book, was released. She has also written four novels – A Tiny Bit Marvellous (2010), Oh Dear Silvia (2012), According to Yes (2015) and Because of You (2020). French continues to appear at Blackpool’s Grand Theatre.

The late Ronald William George Barker, OBE (1929 – 2005) actor, comedian and writer and best known for roles in British comedy television series like Porridge, The Two Ronnies, and Open All Hours.

Barker’s first success was at the Oxford Playhouse and in roles in the West End including Tom Stoppard’s The Real Inspector Hound. He got his television break with the satirical sketch series The Frost Report (1966), where he met future collaborator, Ronnie Corbett. He joined David Frost’s production company and starred in ITV shows and a short film. In 1966 he appeared in an episode of The Saint (The Better Mousetrap) as the bungling detective, Alphonse.

Barker returned to the BBC and found fame with The Two Ronnies (71–87). He starred in the huge hit sitcoms Open All Hours, Porridge and the latter’s sequel Going Straight. He won a BAFTA for ‘best light entertainment performance’ a staggering four times, among many other awards, and received his OBE in 1978. 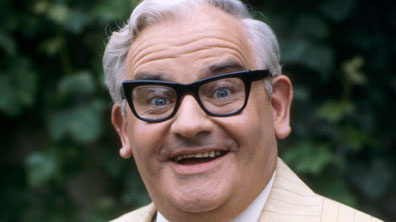 Peter John Kay (1973) is one of the most most popular UK comedians of all time. Kay is well known for his writing, producing, and acting in various television and film projects, and has authored three books.

Born and raised in Bolton, Kay studied in Salford. He began working part-time as a stand-up comedian, winning several awards before being nominated for a Perrier Award for his show at the Edinburgh Fringe Festival. In 2000 he co-wrote and starred in That Peter Kay Thing for Channel 4, followed by Phoenix Nights, and Max and Paddy’s Road to Nowhere.  In 2005 he recorded a promotional video in which he mimed to Tony Christie’s 1971 hit ‘(Is This the Way to) Amarillo’ for Comic Relief; the song then reached number 1 in the UK Singles Chart. He co-wrote and starred in Peter Kay’s Car Share, a sitcom screened by the BBC for which he won a BAFTA and National Television Award. His most recent tour smashed box office records, selling out in record time, but he had to cancel the entire tour for undisclosed reasons. He recently appeared in a one-off charity special to raise money for cancer treatment for an ex-colleague’s daughter.

1. TOP SPOT and Most Popular Comedian in the UK of all time – Ronnie Corbet

Scottish stand-up comedian, actor, writer, and broadcaster Ronald Corbett CBE (1930 – 2016) had a long association with fellow side-kick Barker in the BBC television comedy show The Two Ronnies. Achieving prominence in David Frost’s 60s programme The Frost Report (again with Barker) and subsequently in sitcoms such as No – That’s Me Over Here!, Now Look Here, and Sorry!

Corbett began his acting career after moving from Edinburgh to London; he had early roles in the TV series Crackerjack and The Saint and appeared in the films You’re Only Young Twice, Rockets Galore!, Casino Royale, Some Will, Some Won’t, and No Sex Please.

Want to see how your favourite UK comedian did in the polls? See the complete table of results of the YouGov poll here.

Read our guide to the Top 10 best stand up comedians or explore our upcoming comedy shows at The Grand here.